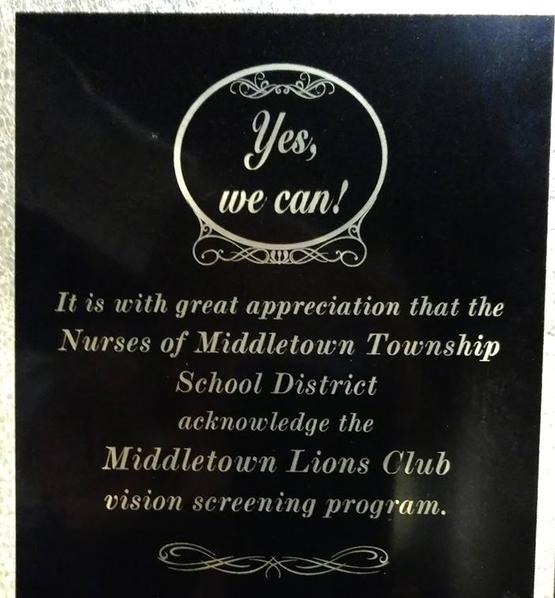 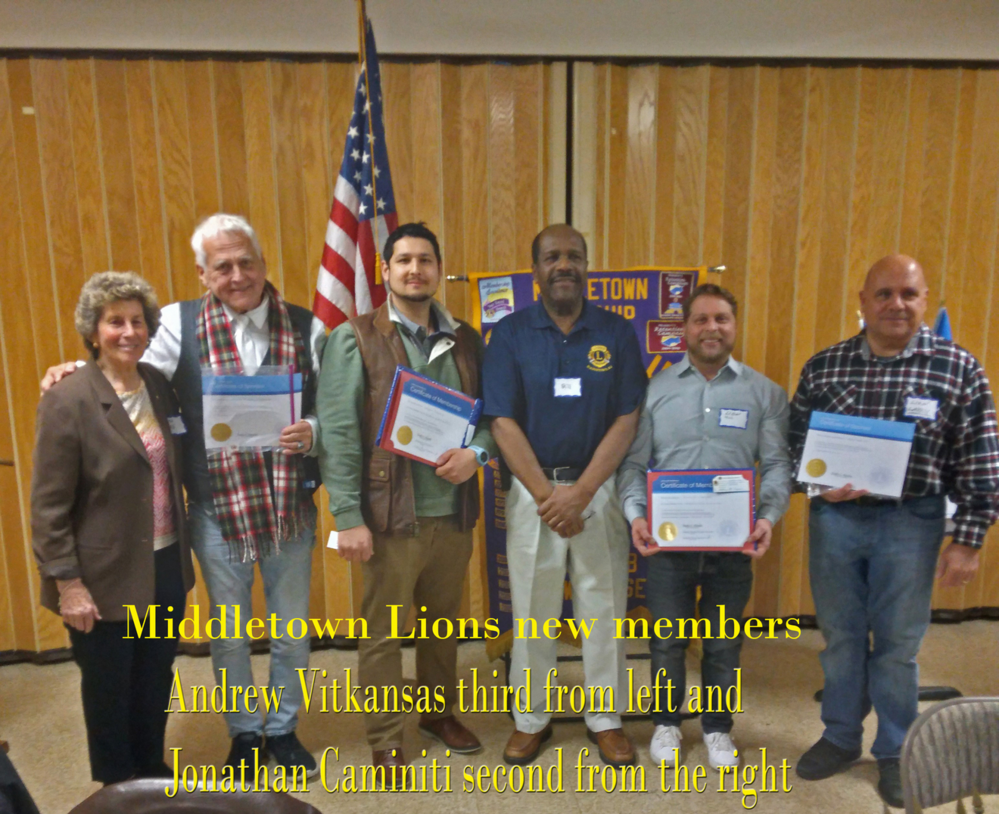 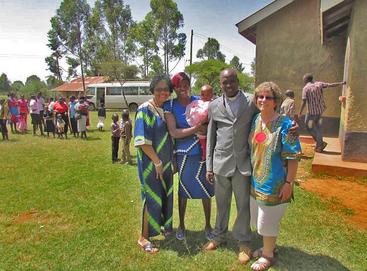 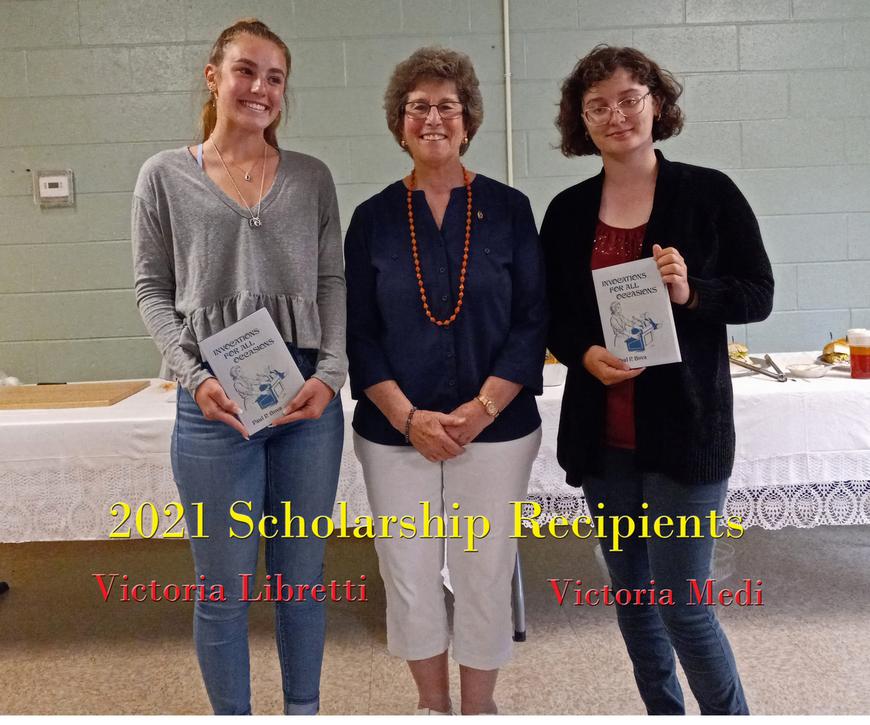 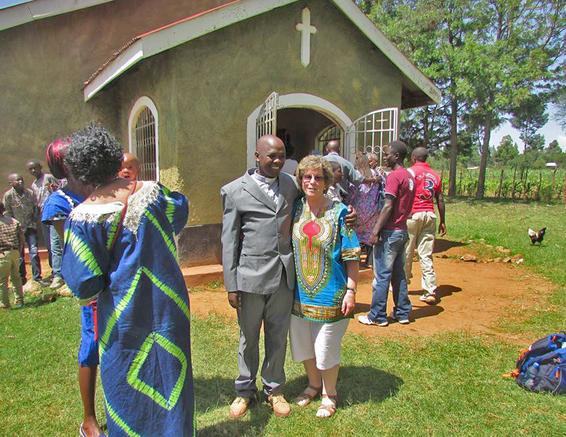 10-year old Anthony Seery & his parents of Hazlet.  Anthony has faced many physical obstacles including low-vision.  Our President & the NJ Blind Citizens Association have responded to a need that Anthony has. A brand new desk top computer was given to him to help with his school work.​ 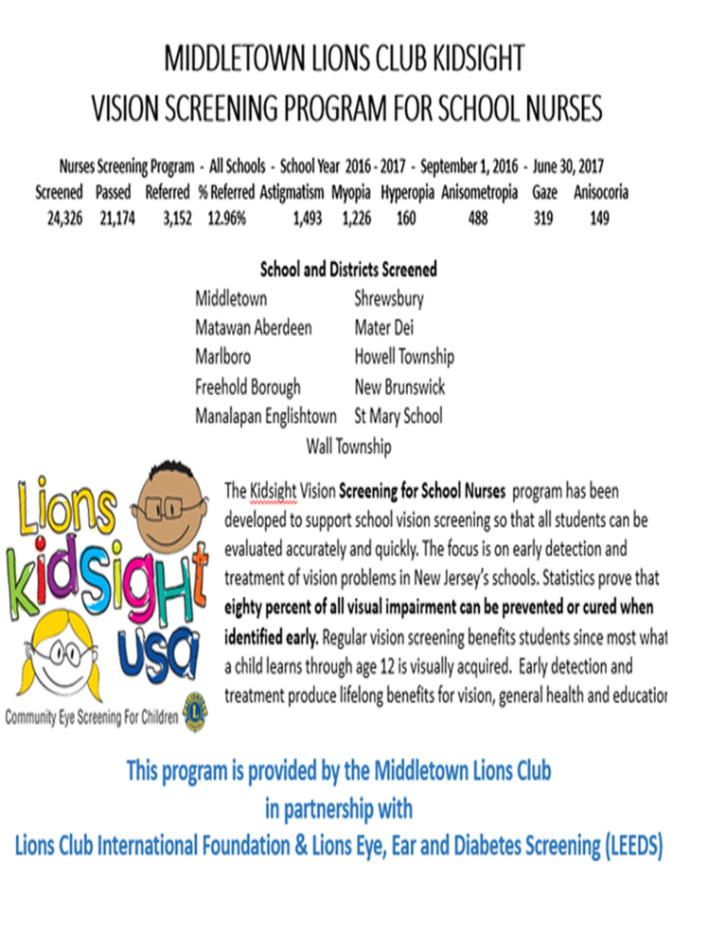 ​​​
I attended the 16MD State Lions Club Convention this past weekend and I want to share with you two exciting events that occurred at the convention.
First, Lion Beverly Bova-Scarano was one of four people in the state to receive the International President's Award for 2018-2019. Lion Bev was not able to attend because she had organized her 7th Rise Against Hunger Meal Packaging event in partnership with the United Nations at Thorne Middle School for the same day as the convention, but her husband Lynn received the award on Lion Bev's behalf.  Attached are pictures of the award and of Lynn Scarano being presented with the award by International Director Patricia Vannett. The International Resident's Award is the second highest award in Lionism and is awarded by the International President to Lions who have shown a significant level of commitment to the principals of Lions and outstanding contributions in the world of service beyond the club and district levels. I want to congratulate Lion Bev for winning this award and thank her for her continuous commitment to the Lions Club motto, "We serve!."
At the convention I had the pleasure of receiving the Second Place District Service Award on behalf of the Club in recognition of everything we all do to serve our community. Attached is a picture of the award and a picture of me receiving the award.

I am very proud to be a member of a Club that does so much to serve our community. I thank all of you for everything you do every day serving our community.
Lion Jeff Iapicco
President, Middletown Township Lions Club
Type your paragraph here. 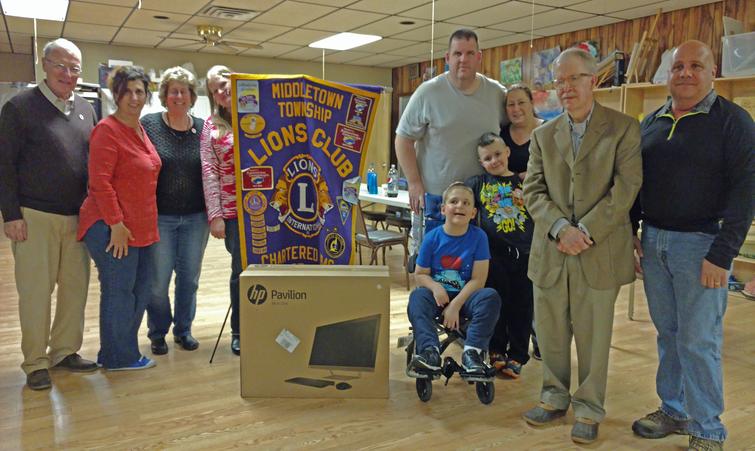 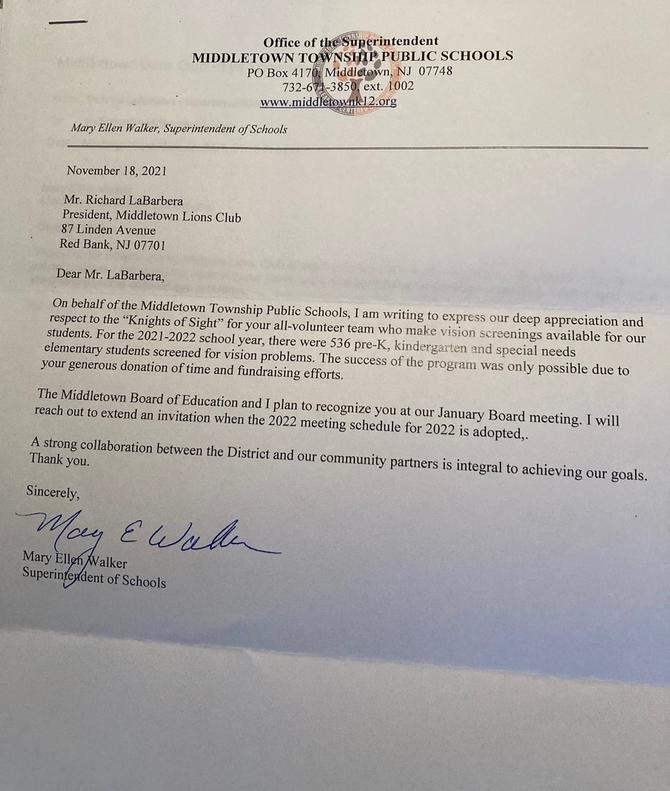 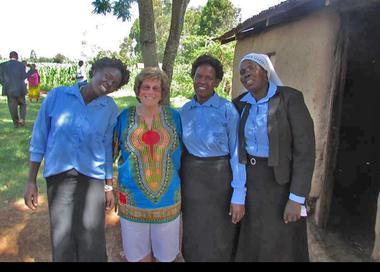 ​  ​Lion Larry Caminiti had an idea and ran with it creating a program that   allows school nurses to use a borrowed  Welch Ally Spot camera from  the Middletown Lions club and screen the students in their districts. 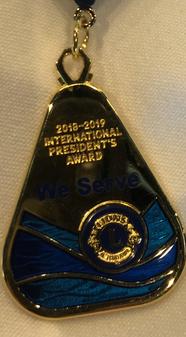 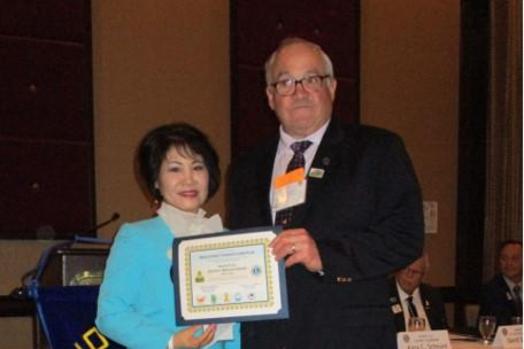 ​​   On or about February 1, 2017 our own Lion ,Beverly Bova Scarano, will venture off once again to   the African Continent.  She will be returning to Kenya to villages just outside of Nairobi. On her previous trip she was in Uganda and Kenya. She will be teaching in the schools and churches to the local children. \

She is a lion who every day brings hope to people in need whether it is a soup kitchen nearby, a rebuilding program in Mississippi of homes destroyed by hurricane Katrina or a mission trip to Africa.

She began this mission as a young women working overseas in the Peace Corps and has never stopped!!

The Middletown Lions wishes her a safe and healthy journey..